The National Mascot Hall of Fame (MHOF) in Whiting, Indiana is excited to announce the first-ever Virtual Induction Ceremony, giving fans around the globe an opportunity to see the 2020 MHOF Inductees receiving their rings from the comfort of their homes. Tune in to this page on June 14, 2020 at 12:00 p.m. (CST) to join Reggy and friends in celebration of our newest MHOF Inductees.

The 2020 Virtual Induction Ceremony is Sponsored By: 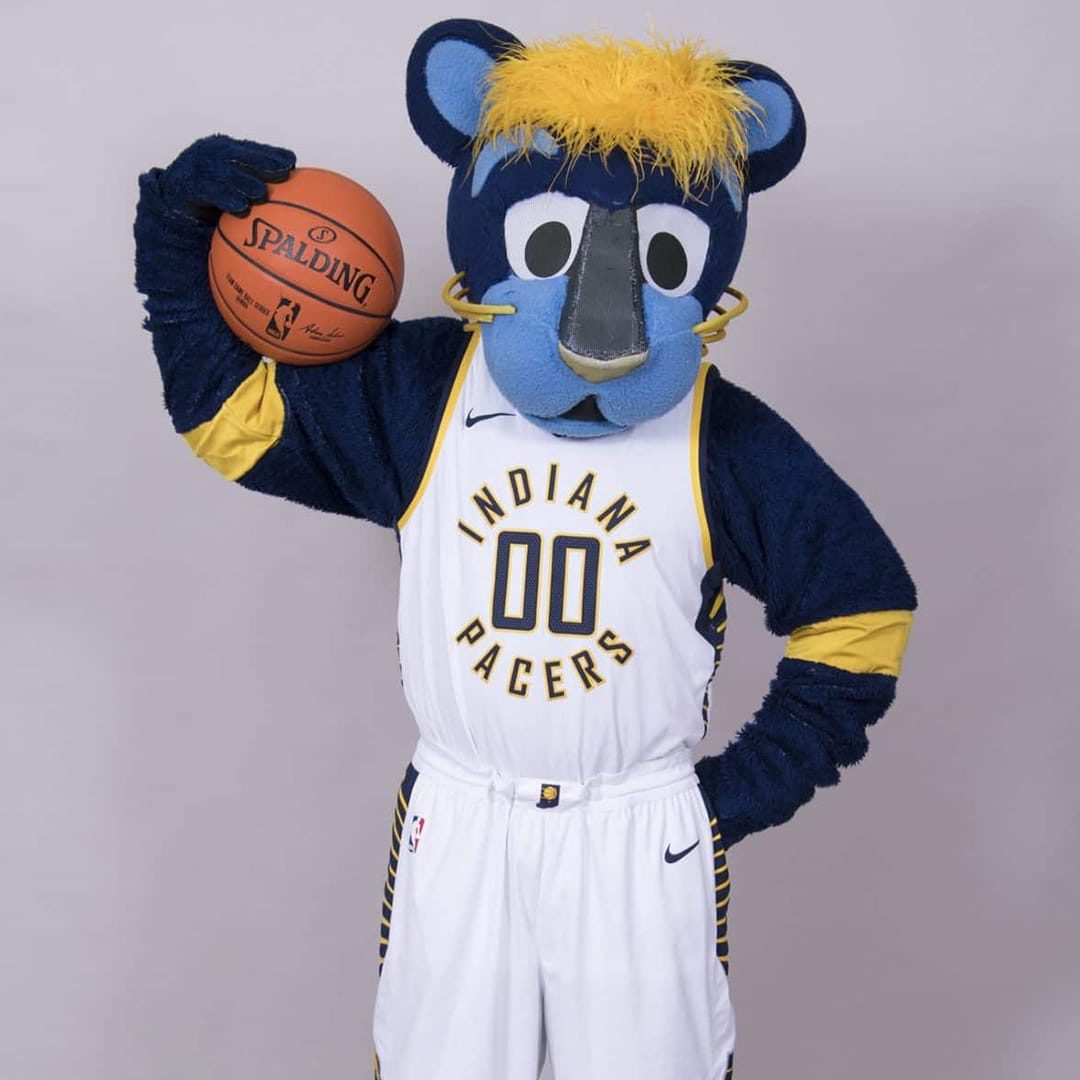 Read About The Oriole Bird

Boomer, the Pacers Panther, is a huge fan favorite who has made a cat-quick climb to become one of the best mascots in all of sports. His amazing athletic abilities and comedic antics win over fans of all ages. This wacky cat has a unique way of entertaining. His act draws plenty of laughs from fans, opponents and even referees.

His popularity continues to grow and he is now recognized locally, nationally and world-wide. Each year, Boomer makes more than 300 personal appearances. He has been to Australia, Brazil, Mexico, France, Spain, Germany, China, Portugal, England, South Korea, Scotland, Taiwan, Puerto Rico, Bosnia, Kosovo, Iceland, Lithuania, London, Denmark, South Africa, Holland and India. He has been a participant in 14 NBA All-Star weekends, featured in the NBA national marketing spots and in one overseas publication was recognized as one of the top mascots in Europe.

To his credit, Boomer keeps his paws firmly planted on the ground (except when he puts on his dunking display) by participating in many charitable events. Those efforts earned Boomer a ROSE (Recognition of Service Excellence) Award from VisitIndy in 2015. Boomer also enjoys participating in Boomer’s Chair Aerobics at Assisted Living Homes and Boomer’s drug/anti-bullying messages, test preparation and reading.

About the Oriole Bird

Loveable, furry, and funny, the Oriole Bird has been the official mascot of the Baltimore Orioles since 1979. Each year this busy bird entertains millions of baseball fans at Orioles home games at Camden Yards and at special appearance in the Baltimore area, as well as around the country and internationally.

-Has appeared in the movie Head of State with Chris Rock

-Has appeared in the Netflix show House of Cards

-Celebrated his 40th birthday during the 2019 season

-Has appeared at thousands of charity events and hospital visits

Youppi!, the Expos' mascot since 1979, was left without a family when the baseball club headed south of the border to Washington following the 2004 season. Having grown up in Quebec, Youppi! chose to stay home, a place where he'd made thousands of friends both young and old for over 30 years. As a free-agent mascot, he was thrilled at the possibility of joining the Canadiens, which would allow him to continue in his role working the crowds in a new home, but in the company of the many friends he'd made over the years.

With that, on September 16, 2005, Youppi! wrote two new pages of history in the same day, becoming the first mascot to work in two separate professional sports leagues as well as the first official mascot of the Canadiens in their 96 years of existence. He solidified his place on the team on October 18 of that same year when he worked the first hockey game of his career!

Blue, the official mascot of the Indianapolis Colts, is now in his 14th season providing game day entertainment, skits, and sideline antics for Colts fans. When he's not at Lucas Oil Stadium, Blue is busy traveling the entire state of Indiana bringing joy to all Colts fans. With over 300 appearances a year, it's hard to miss him in the community. Blue performs more than 100 school shows each year, visiting more than 55,000 students across the state. In 2018, Blue introduced a new show, "Choose Love." The show is geared towards middle school and high school students where Blue takes off his mask, encourages students to stop hiding behind their own masks, embrace themselves and treat others with love and respect.

DOWNLOAD your favorite 2020 Inductee Ads below to share with friends and family on social media or to print as a keepsake!

ALSO, be sure you 'Click to Tweet' our messages below - before, during, and after the 2020 Virtual Induction premiere!

The National Mascot Hall of Fame in Whiting, Indiana is giving fans around the globe an opportunity to view the first-ever Virtual Induction Ceremony, premiering June 14 at 12pm (CST)!

Tune in, celebrate, and share the video from home! #MHOF #2020Inductees

I TUNED IN to the 2020 MHOF Virtual Induction Ceremony! Congrats to The Oriole Bird, Blue, Boomer, and Youppi! Be sure to watch the premiere on the Mascot Hall of Fame's website and Facebook page!

• Thank You to The Spajers •

MAKE A CONTRIBUTION TODAY • Help the Mascot Hall of Fame, Interactive Children's Museum in Whiting, Indiana continue to achieve our education-focused goals including S.T.E.A.M. curriculum programming and exhibit development for children and their families!