The Mascot Hall of Fame 2019 Executive Committee is made up of established sports industry professionals who have been tasked with upholding the legitimacy of the Hall. Their responsibilities include nominating candidates, establishing the final ballot and casting votes to elect Mascot Hall of Fame Inductees.

Jon Absey is in a class all his own.  Dating back to his first season in Utah, he performed at over 900 NBA games, has donated 16,000-plus hours of assistance in the community for more than 300 community organizations, and raised more than one million dollars for charity in the process.  Jon has taken home more than 40 community and national awards, including eight mascot leadership awards, keys to two cities, been honored by three individual governors with his very own “Day in Utah”, been named Mascot of the Year in the NBA five times and Best Mascot out of all sports nationwide twice and, just recently was given an award for the best video by a mascot out of all sports nationwide.  He has been inducted into the YMCA Hall of Fame, the Utah Summer Games Hall of Fame, and the Mascot Hall of Fame in 2006.

Zoltan Berencsi is the Senior Producer of the World Famous Harlem Globetrotters and a Professional Mascot with over 20 years of experience performing for sports teams in the NBA, WNBA, NFL and NHL.

Chris began his professional mascot career with the Worcester IceCats (AHL) in 1997 before joining the Boston Red Sox in 2000 where he is now the Director, Fan & Youth Engagement and a four time World Series Champion. With stops in between to assist with the Boston Bruins and New England Patriots mascot programs, Chris is excited to be a part of the MHOF Executive Committee.

Better known for over 2 decades as Houston Rockets mascot “Clutch the Bear" a character he created in 1995 as well as having created YoUDee "The University of Delaware Fightin' Blue Hen" in 1993 both of which are Mascot Hall of Fame Inductees.

Christopher Bruce has an extensive character performance background, having worked in almost every professional sports environment possible over the past 20 years. Chris is a proud alumni of the University of Delaware where he performed as the mascot, YoUDee, for 4 years and brought home the program's first ever Mascot National Championship in 2002. As the best friend of Reggy the Purple Party Dude, Chris has entertained in hundreds of stadiums and arenas throughout North America and worked alongside Dave Raymond contributing greatly to the origination and formation of the Mascot Hall of Fame itself. Beyond his work in sports entertainment, Chris owns and operated King Creative, a production company specializing in film, video and content development projects.

Tom Burgoyne has been performing as the Phillie Phanatic for over thirty years. Tom first donned the Phanatic costume in 1989 after answering an anonymous want-ad in the Philadelphia Inquirer. Working as a backup to David Raymond (the first Phanatic performer) for five years, Tom handled many of the Phanatic’s promotional appearances until the 1994 season when he took over all game day duties. Since then, Tom has travelled across the country and around the world bringing the Phanatic’s special brand of humor to sports fans everywhere. Tom has co-authored two other books about Phillies baseball and has written seventeen children’s books, chronicling the adventures of the Phillie Phanatic.

Brad’s career began in 2001 when he became Sparty, at Michigan State. Upon graduation he took employment as JJ Jumper, a mascot for NCAA Basketball. In 2004, he took a job to help revamp the Delmarva Shorebirds (Class A – Orioles) character, Sherman. In 2006, he moved to Fresno to introduce a new character, Parker, for the Fresno Grizzlies. (AAA – Giants) In 2011, he took a job with the Kansas City Royals. First ever MiLB mascot to win GameOps.com Mascot of the Year in 2007. Named one of the top mascots of the Decade by GameOps.com (2000 – 2010). Has performed at UCA Nationals, B1G Football games, the 2004 Final Four, the 2014 and 2015 World Series, 9 MLB All-Star Games and was inducted into the Mascot Hall of Fame in 2017. He lives in Lenexa, KS with his wife Jessica and their 2 daughters, Norah and Charlotte.

Cudo was the original Timberwolves (NBA) mascot Crunch from 1989-1996. In 1996 Jon was a Producer, directer and performer at Nike Sports Entertainment. From 1998-2000 he performed as Spot the Fire Dog for the Portland Fire (WNBA) and then created and performed as the Cleveland Cavaliers official mascot Moondog for over 15 years. In addition he founded Mark Out Productions and the industry website Gameops.com in 1998.

John worked for the Miami Marlins for nearly 19 years. His mascot career started as a Mascot Assistant during Home games of the 1999 Marlins season, transitioning into being the back up performer in 2000. John got his 'shot' as a full time Mascot Performer in November of 2002. During his stint as Billy The Marlin , he appeared in many ESPN highlights, two commercials, and had many cameos on reality television including Miami Ink, My Wedding Story, Basketball Wives of Miami and others. John owes his mascoting career to John Routh, the original Billy the Marlin, who took him under his fin and taught him 'almost' everything he knows.

Tim got his start in the mascot world in 1993 with Discovery Zone where he performed as Denver The Last Dinosaur. In '96 he joined the St. Louis Cardinals as Fredbird's very close friend and has been there for 24 seasons helping with skit ideas, crowd involvement, outside appearances, and costume management. In his spare time, he's been creating, designing, and making puppets of all kinds to be used in a kids show coming soon.

Joby created COSMO the Sheepdog in 1997 who performs primarily at Special Olympics events and other charity events in Virginia. Joby also runs a mascot internship program for the Charlottesville Tom Sox.

Ray Henderson is currently in his 23rd season as a professional NBA mascot.  In 1998, he started an acrobatic dunk team that continues to perform various acrobatic slam dunk shows during NBA games and events globally. In 2014, Ray was the recipient of the Rose Award in recognition of his service excellence to the community. Ray Henderson was also an active member of the Bud Light Daredevils from 1995-97.  Ray attended Kent State University, on a full gymnastic scholarship graduating with a B.S. degree in Exercise Physiology. Mr. Henderson is a member of Omega Psi Phi Fraternity Incorporated and actively participates in philanthropic events. Ray currently resides in Fishers Indiana with his wife Michelle and son Gavin.

The only mascot on record to major in criminology and work UNDER COVER during a 22 year career.  Wes worked all home games for Old Dominion University Mens and Womens games and AAA of the New York Mets (They were called the Tidewater Tides). His Performance Highlights include WTAR "Seagull" 1979-1982, New Jersey Nets "Duncan" of the NBA 1982-1988, and Miami Heat "Burnie" 1988-2001.  Currently, Wes works as the special events coordinator for the City of Plantation, FL since 2001.

Bromley is known for being the creator, producer and a performer of The YoJo Show, which is a “Hilariously Educational” school assembly program that features a big, blue, wild and groovy character: YoJo!

Bromley created YoJo in March of 2000 and has performed over 4,000 shows to elementary schools all across America. Bromley also performed as a mascot for The Baltimore Orioles for 11 seasons, The Baltimore Ravens for 4 seasons, FIFA World Cup soccer in 1994, and “Clawed” the Eagle at American University in Washington, DC.

Dan was selected the nation’s #1 college mascot at the 1989 National Collegiate Mascot Championships as the University of Missouri’s Truman Tiger. After a short time as the mascot for the St. Louis Cardinals he was offered the role of KC Wolf, the official mascot of the Kansas City Chiefs, in 1990. KC Wolf was inducted into the MHOF in 2006.

Todd “Parney” Parnell is a proud native of Locust, North Carolina, and has been in minor league baseball front offices for more than 30 years. Known for his larger-than-life personality, matched by his crazy, multi-colored pants, Parney has also gained a reputation for his passion for community and people. Parney is an executive for the Richmond Flying Squirrels and the Montgomery Biscuits, two franchises which are known for making a year-round impact on their communities, and the clubs’ mascots are a central part of their community outreach.

Dave is the original Phillie Phanatic and the founder of the Mascot Hall of Fame in 2005.  Since being out of the costume, he partnered with the City of Whiting to build the MHOF its new home.  As the nation’s leading market consultant for character branding on and off the field, court, or in the board room, Raymond generates The Power of Fun™ for over 250 sports teams and companies across the nation. 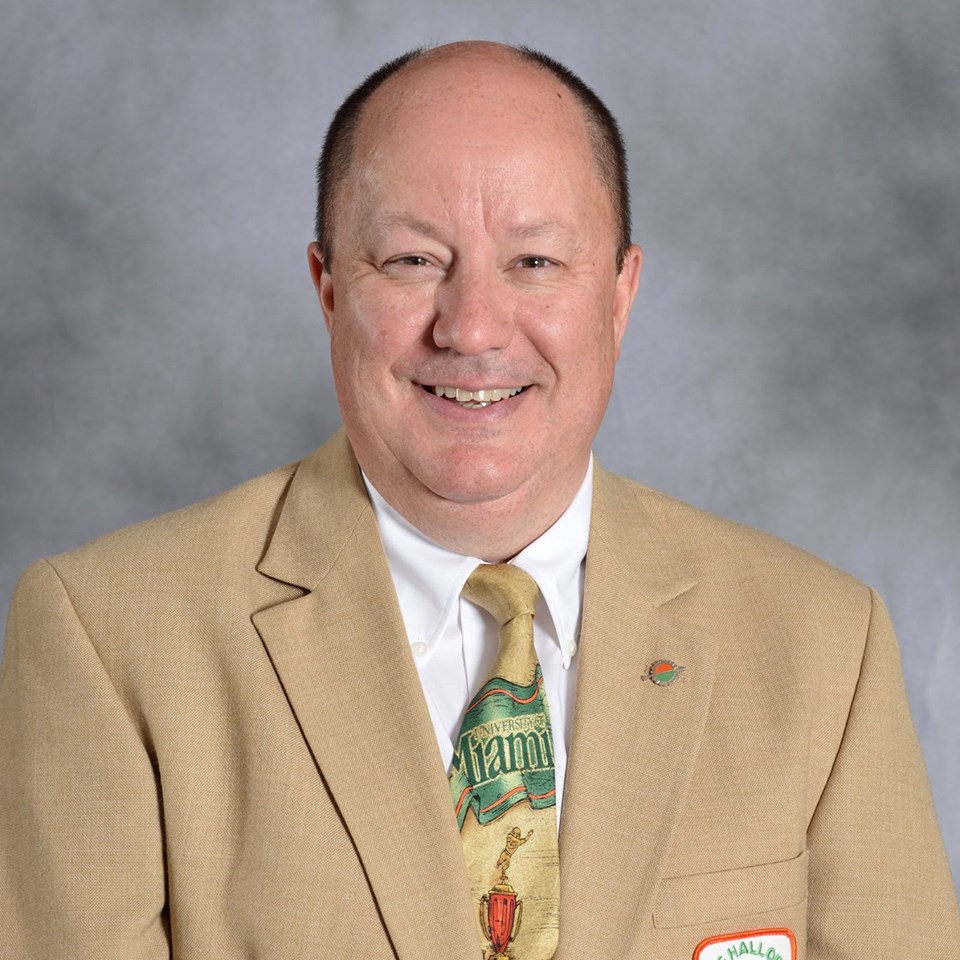 Jennifer Smith has been making mascots since before mascots were a “Thing”.  Avant Garb began life in 1986 in her Berkeley, California garage. Avant Garb is a mascot design and production studio specializing in “small batch” mascots, generally 1 - 3 of the same mascot at a time. Clients include humongous tech companies, pharmaceuticals, health orgs, museums and, of course schools and pro-sports teams. Jennifer believes mascots could bring world peace. Their weapon is silly string.

Kenn attended Utah State University on a full ride Mascot Scholarship. Kenn began his professional career in 1990 as ROCKY the Denver Nuggets Mascot in the fall of 1990. Kenn has since performed at 18 NBA All Star Games and in over 27 countries. ROCKY was inducted into the Mascot Hall of Fame in 2008, won the Hall of Game award in 2013, was awarded Cartoon Network’s Hall of Game award for “Most Awesome Mascot” in 2018, and was named NBA Mascot of the Year in 2019.

Marc’s passion for performing as a mascot began in high school and continued on into his mascoting career. He performed as CAM the Ram for Colorado State University followed by the Colorado Avalanche’s Howler. He portrayed Squatch for the Seattle Supersonics and developed Doppler for the start-up Seattle Storm (WNBA) where he was awarded “Stunt of the Year” consecutive years along with several other accolades including a Lifetime Achievement recognition.

Michael was the mascot for the Charlotte/New Orleans/OKC Hornets NBA basketball team from 1990-2007. He created the first alter ego character, "Super Hugo," in 1990 and won the NBA All Star Mascot Slam Dunk Competition in ‘91, ‘92, and ‘93. He was a 2x NBA Inside Stuff Mascot Of the Year and has performed in over 12 countries and 35 US States.